The Forbidden City of China Museum Edition: The Women Behind the Scenes 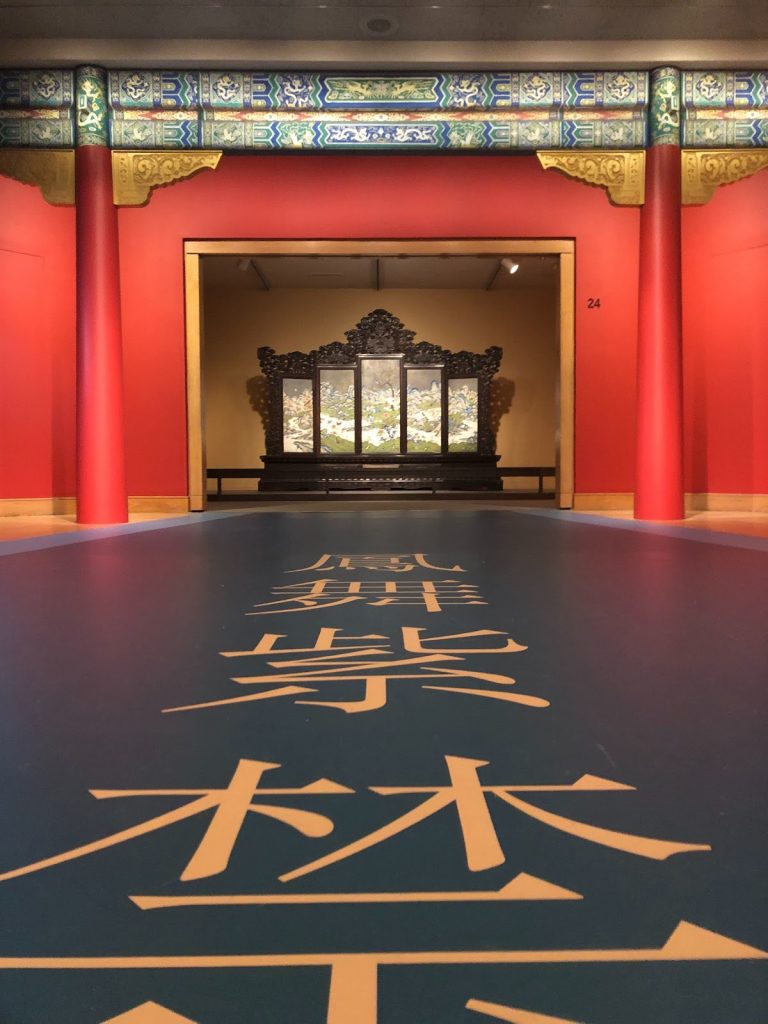 This week we dived into the Arthur M. Sackler Museum to explore the hidden gems that are on display until June 23rd, 2019 at 1050 Independence Ave, SW.

If you have not seen this exhibit, you are in for a secret surprise that will take you for fire-breathing ride back in time. These oriental artifacts from China’s Forbidden City have never before been exhibited outside of China and they came from the Palace Museum in the heart of Beijing.

Hit the DC metro and get off at the Smithsonian Station. Then walk about five minutes to the Arthur M. Sackler Gallery to view dragon laced dresses, golden chalices, Buddhist statues, extravagant headdress and incredible artwork of the women that gave way to China’s opulence from 1644-1912.

Or stay right here, and check out the awesome artifacts we found.

As you enter the exhibit, the extravagant reds, golds, and blues drawl you back in time to an era rich in history.

Oriental music in the background surrounds you with the mystical nature which defines the art, culture, and religion that encompassed the Empresses of China.

The time period on display showcases life in the Qing Dynasty. During this time the primary duty of any empress was to bear a son that would bring fruit to the imperial lineage. But the empresses during the time of China’s Forbidden City did so much more than bare sons.

They reached far beyond their limits to mold young princes into future emperors, and became experts in handling family affairs. Within the court systems these empresses also actively incorporated the arts and diverse religions. Regardless of the law that “women shall not rule,” the Empresses of China’s Forbidden City created a lineage of direct control through one another.

They actively handled international relations in China during the early 20th century and gave way to its magnificence. 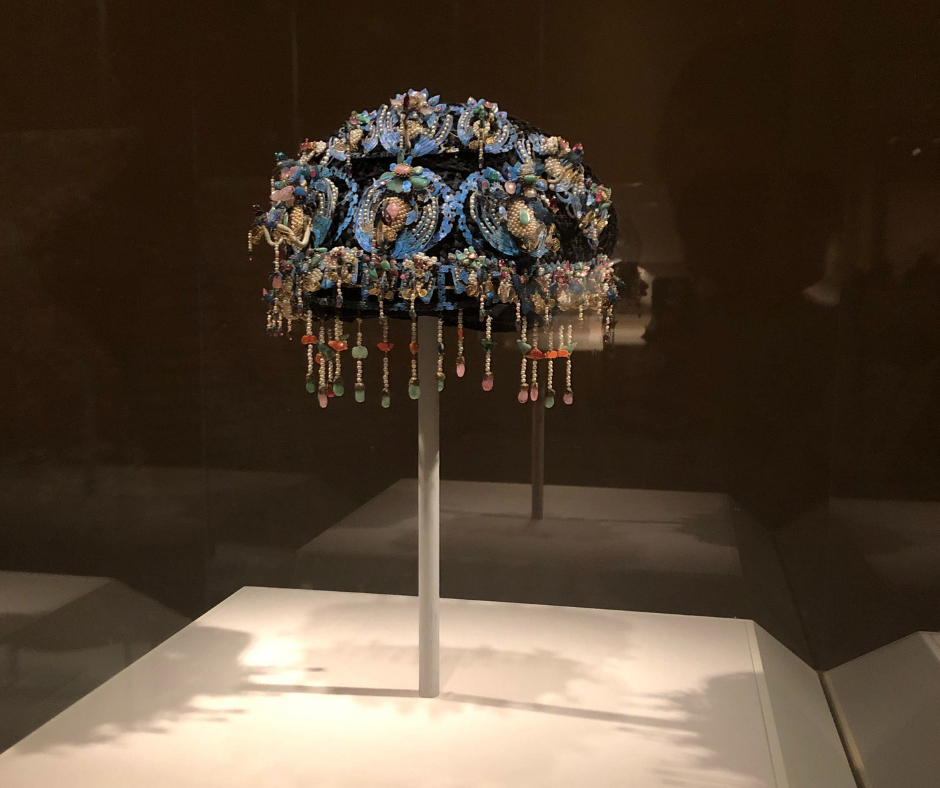 You can recognize an imperial dragon by its five claws. And these imperial garments were made for majesty.

During the Qing Dynasty, only the members of the imperial family were allowed to wear gold. And surprisingly it was men who stitched these incredible garments for the Empresses of China’s Forbidden City. The job of “seamstress” was primarily given to men.  These women dressed to impress, and royal garments were passed down through the years from empresses to empress.

Some of the garments were even made with inserts in the sleeves to accommodate all sizes and shapes. As you can tell these dresses were made to last. The virtue of appearance was considered an expression of marital devotion to the dynasty for women. Daily appearance was enhanced in hopes of attracting the emperor and bearing a son.

Even the headdresses were dangled with seductive gems, and jewels that were sure to catch the eyes of all who passed by.

Women in the Qing Dynasty did not have to bound their feet. Instead they styled themselves in extravagant heels. Who knows how they did it in these platforms, but they sure are a sight to behold. 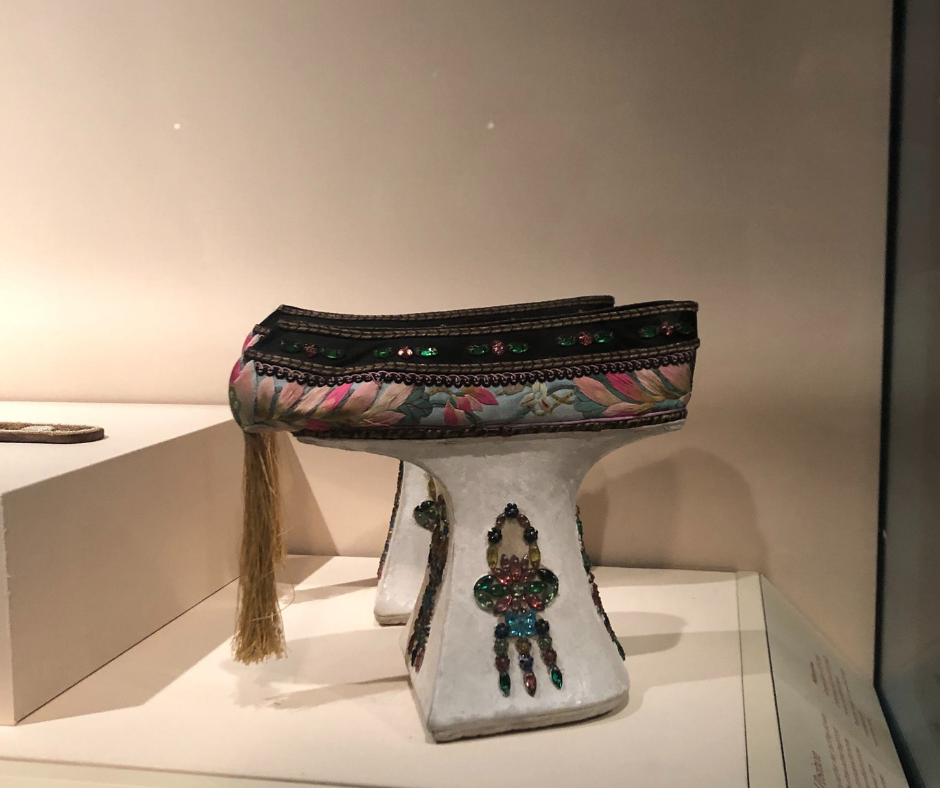 Their best weapon: fashion. They wore golden dragons, headdresses, and shoes fit for the queen (Lady Gaga of course (making all the right moves). These ancient seductresses gathered many more weapons and enhanced their desire to breathe fire into the legacy that forbade the Forbidden City of China. They would create a better society behind the drapery, dragons, and pearls. 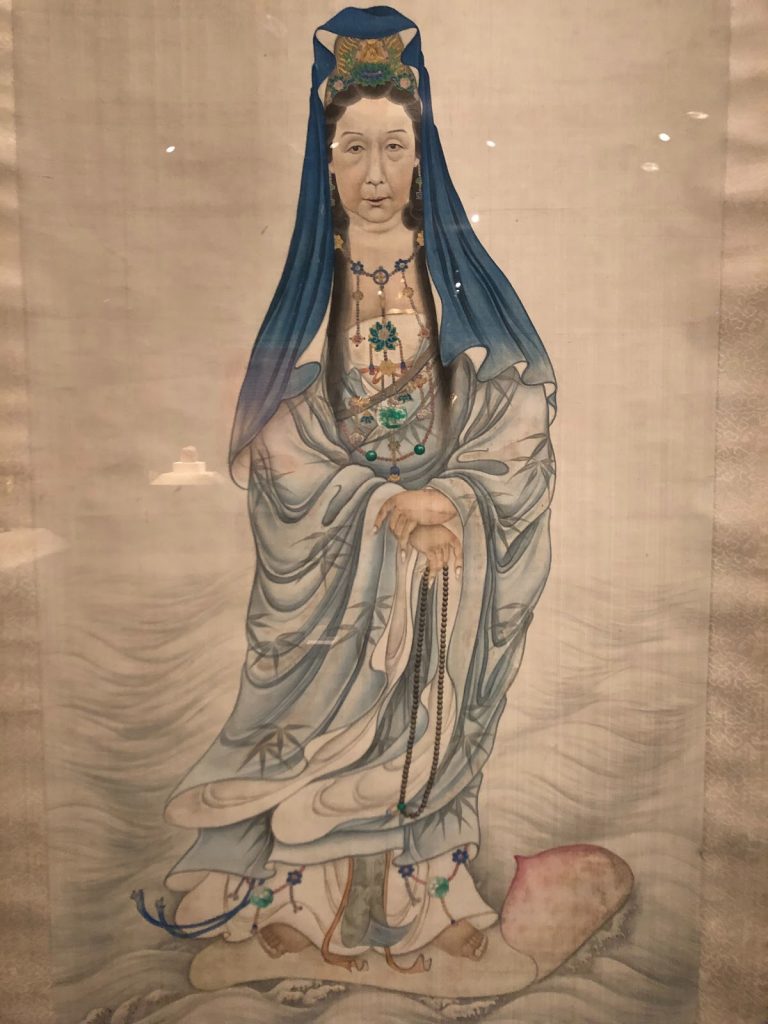 The Most Influential Chinese Empress of all Time

The most powerful women to influence the Qing Dynasty was Empress Dowager Cixi. She guarded the empire with might from 1835-1908. You can find many paintings of her in this Washington, DC exhibit.

In some, she is depicted as a mighty queen in traditional attire in others, like the one above, things get a bit more mystical.

In her long flowing royal blue headdress, Empress Cixi appears as a bodhisattva. An image of protection and salvation to all her devotees. She is the only court woman in history to assume the role of an enlightened being.

Here she is riding atop a lotus petal which suggests she has crossed the sea of suffering, reached salvation, and is the incarnation of both secular and sacred power.

Cixi performed acts of direct power in the international arena. Through the use of art, music, fashion and diverse religion she rose as a benevolent leader within China’s Forbidden City.

The Role of Spirituality in Ancient China

The role of spiritually in ancient China was encouraged by women who believed in shamanism and Tibetan Buddhism. The Qing Empresses actively participated and encouraged the shape of many spiritual practices in court.

You can view some of the statues and paintings that depict elements of Buddhism within the Qing Dynasty. These statues honor women and were commissioned along with buildings and liturgical artifacts to commemorate empresses in death.

There are many more dresses, headpieces, heals, scrolls, scripts, paintings and statues  at the Arthur M. Sackler Gallery which holds this exhibit until June 23rd.

It is incredible to have this rich history at our fingertips in Washington D.C., and we can’t thank Beijing enough for putting it on loan from their very own Palace Museum.

It is a grand representation of how incredible women throughout history have yielded exceptional power from behind the scenes.

It recognized that some historians in the Qing Dynasty tried to hide these facts by leaving out writings of history during this time.

It walks through the way monuments, memorials, and artwork have withstood time to prove that these women held immense power in shaping the dynasty and bringing it to greatness.

The Empresses of China’s Forbidden City left behind footsteps that will be remembered in the very artistic endeavors they fought to enhance throughout the kingdom. As well as through the great devotion of their sons which went on to honor their mothers as Emperors in China.

The tour ends as it began with traditional Chinese music playing in the background mystifying the residents of Washington D.C. with rich Asian history.

Ready to Move to Washington, DC? 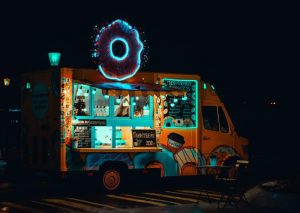 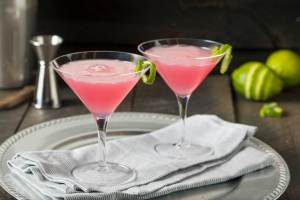 Cocktails & Mocktails for Summer Evenings in Your Apartment 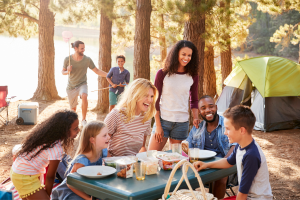 10 Bucket List Ideas for an Epic Summer in D.C.

You must be logged in to do this action.